Difference between Headphones, Earphones, and Earbuds

Are you a music buff or a movie enthusiast who needs a pair of good earphones? Is the sheer variety baffling you? If your answer to the questions is yes, you...

A new pair of wireless earbuds might seem interesting, but before you pick up a pair, you need to see if it meets your needs. However, some people might not...

What Is Noise Cancellation?

Active noise cancellation is a technology that prevents external noise from hampering your music listening experience. However, the technology requires...

What is a Smartwatch and What Does it Do?

What is a smartwatch, and how is it different from a regular wristwatch? This question often comes to mind whenever we hear about Apple Watch, Moto 360, or any other wearable device that comes out every year.

What Is a Smartwatch?

The answer to the main question, what is a smartwatch, is that a smartwatch is a computing device that could 0be put on your wrist like a regular watch. What makes a smartwatch different from a wristwatch is that it does more than just telling the time. And by more, I don’t mean features such as altitude, stopwatch, and the lunar cycle. A smartwatch can be connected to your mobile phone with the help of Bluetooth and use functions such as receiving a phone call, play music, display text messages and e-mails and control the digital assistant on your phone.

Functions of a Smartwatch

Now that we know what a smartwatch and some of its basic functions is, let us take a look at what more can a smartwatch offers us. Many smartwatches can work as a standalone device. It means that you don’t need to keep them connected to your mobile for use. These watches come with a sim card slot or, in some cases, an e-sim. This feature allows the smartwatch to function as a GPS and even help you in making and receiving calls. Most people use smartwatches along with a fitness app to monitor their daily activities. Smartwatches, today come with in-built heart rate monitors that are accurate and, in some cases, had proven helpful in diagnosing heart-related problems before any symptoms appeared.

Out of these manufacturers, the most famous is Apple and its Apple Watch. Apple introduced its Apple Watch line-up in 2015 with the series 0. This iteration had a single-core S1 SoC and was mostly dependent on the iPhone for its functioning. The watch featured a heartbeat monitor, 8 GB storage, and allowed users to control music on their iPhone with the help of this watch. The second generation of Apple Watches came out in 2016 and offered a GPS receiver, S2 SoC, water-resistance up to 50m, and a much brighter display. The third generation of Apple Watch featured an altimeter to calculate how many stairs did the wearer climb, more RAM, and LTE connectivity. This series of watches were also able to support Siri. The fourth and fifth generation of Apple Watches came out in 2018 and 2019, respectively. They improved on the features provided by earlier models and offered much bigger displays. The watches were also capable of alerting emergency services in case the user needs help.

Samsung is another famous brand when it comes to smartwatches. The first smartwatch from Samsung made its debut in 2013. It used a dual-core and ran on Android 4.3. It was succeeded by Samsung Gear 2 and later by Samsung Gear S, S2, and S3 series of watches. Over the years, the functionality of all these watches remained pretty much the same, and nothing much changed apart from the storage size. Samsung changed the operating system with the launch of its S series of watches. These watches came with Tizen OS, and all the previous watches were updated to Tizen OS as well.

A question that comes after what smartwatch is what smart band is. In simple terms, a smart band is a smartwatch with its functionalities reduced. A smart band would offer you basic features such as telling the time, alarms, health monitoring features, and ability to receive messages and call alerts, and most of the time, that is it. You don’t get a GPS, ability to accept or make calls, send messages, and anything to do with communications abilities. Unlike smartwatches, which can be used as a standalone device, smart bands need to be paired with a smartphone for proper functioning.

When it comes to smart bands, the most popular brand is Fitbit, followed by Samsung and Xiaomi.

The first product launched by Fitbit was called Fitbit, and it made a debut in 2009. It was capable of calculating the number of steps taken by the users, monitor sleep, and work as a watch. It was a clip-on device as Fitbit didn’t release a fitness band until 2013. Since 2013, Fitbit started to become a key player in the smart band industry and is currently the most popular brand for smart bands across the world.

The Mi Band from Xiaomi is not only one of the most affordable but also one of the most popular smart bands in the world. The first Mi Band made its debut in 2014 and was an instant hit due to its affordable price and was capable of monitoring sleep, track fitness activities, unlock phones without code, and was water-resistant, making it popular among fitness enthusiasts. It was succeeded by Mi Band 2, 3, and the latest one, Mi Band 4, which came out in 2019 and offered lots of additional features.

So, now that we have discussed what a smartwatch is and what is a smart band. Now, you might want to know which one to choose. The answer is if you’re going to do more than tracking your fitness activity and receiving or making phone calls, messages, and navigating are important for you, select a smartwatch. If your primary target is fitness, then go with the smart band.

A smartwatch is a computing device that could be worn on your wrist. It offers the functions of a watch in addition to receiving text messages, playing music, and in cases work as a standalone device and offer functions of a mobile phone.

What Is the Difference Between Smartwatch and Smart Band?

Smart bands are similar to smartwatches, but most of the time, their features are restricted to that of a watch and monitoring fitness activities.

Apple, Xiaomi, Fossil, Fitbit, Huawei, and Samsung are the most popular smartwatch manufacturers. Casio, Timex are traditional watchmakers that offer smartwatches as well.

How Long Does A Smartwatch Battery Last? 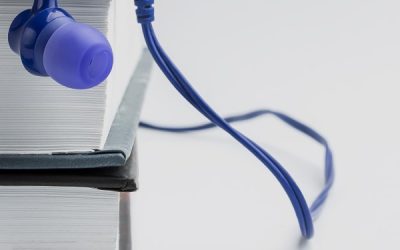 How to Take Care of Earphones?

Headphones are one of the most important mobile accessories, maybe second only to the charger. A good earphone needs to be kept and maintained carefully, or... 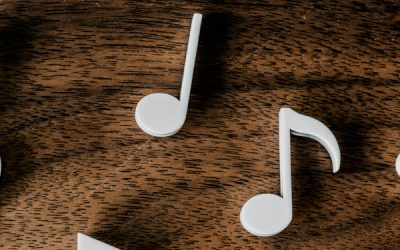 Difference between Headphones, Earphones, and Earbuds

Are you a music buff or a movie enthusiast who needs a pair of good earphones? Is the sheer variety baffling you? If your answer to the questions is yes, you... 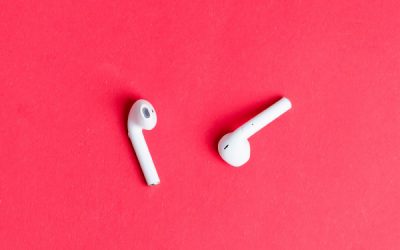 How to Charge Bluetooth Earphones with or Without Adaptor?

With the launch of Apple iPhone 7, Bluetooth earphones have become a lot common than ever before. We got rid of the tangled wires, but mostly one wire remains...